Looking for an expert ASP.NET developer?
Contact us for a free consultation.

The benefits of ASP.NET

In the world of software design and web application development, there is no software development tool as powerful or flexible as Microsoft ASP.NET. When combined with SQL Server on the back end you have an unbeatable combination that's scalable, secure, and rock solid! In the hands of the right development team, the ASP.NET platform can produce an adaptive, dynamic website that meets all of your business needs. If you are looking to build an industrial-strength web application, then ASP.NET is what you need. And our expert ASP.NET developers can bring your vision to life.

Microsoft ASP.NET is a set of technologies, built on top of the Microsoft .NET Framework, for building Web applications and XML Web services. ASP.NET web pages execute on a web server in IIS (Internet Information Server) and generate markup such as HTML, CSS, JavaScript and XML that is sent down to a desktop or mobile device browser. This is important because the application does not require any installation on the client computer beyond a web browser. This means your application can be run from anywhere, anytime, regardless of the hardware.

ASP.NET pages use a compiled, event-driven programming model that maximizes performance and enables the separation of application logic and user interface. Development platforms like PHP are not compiled which means that simple syntax errors that would otherwise be caught by a compiler will sneak into production systems. Your clients may see these errors before you do! Also, PHP does not separate the logic from the user interface of the application thus leading to higher maintenance costs.

ASP.NET pages contain server-side programming logic (as opposed to client-side logic like JavaScript) written in Microsoft Visual Basic .NET or Microsoft Visual C# .NET. Our team is well versed in both of these languages.

ASP.NET offers a unified Web development model that includes the services necessary for you to build enterprise-class web apps. ASP.NET offers a new programming model and infrastructure that allows you to create a powerful new class of applications.

Learn how we help businesses: 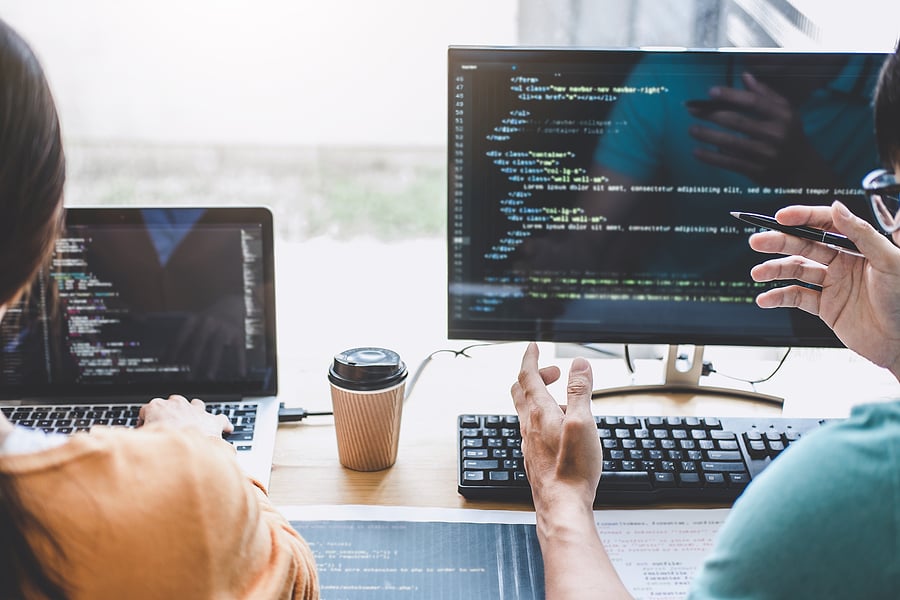 What are the benefits of ASP.NET?

There are many benefits to developing your next application in ASP.NET. These are a few: 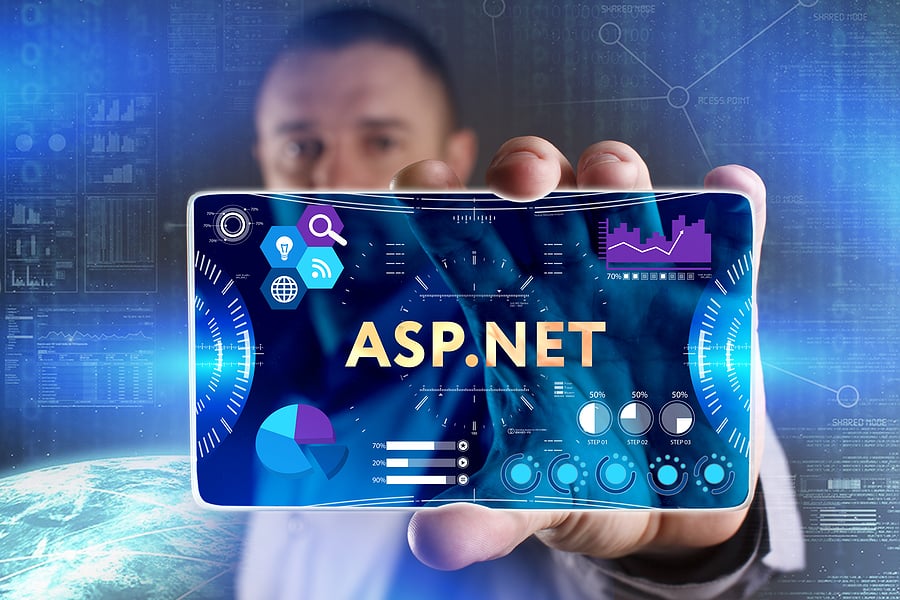 Is ASP.NET good for web development?

ASP.NET is a great choice for web application development. ASP.NET produces high-speed applications in part because it is pre-compiled. This also catches syntax errors before they get into production. It’s a low-cost, open-source platform with a large base of ASP.NET developers that use it.

Because it is from Microsoft and is 22+ years old, it is a very stable and mature platform that you can count on to be around well into the future. ASP.NET comes with a great IDE (Integrated Development Environment) called Visual Studio that combines an editor, code management, compiler, and debugger all rolled into one tool.

ASP.NET is designed to work very efficiently with Microsoft SQL Server but it also works with MySQL, Postgres, and MongoDB database platforms.

Now, with the latest iteration of ASP.NET called ASP.NET Core, the tool is even better. .NET Core is the new and exciting cross-platform framework used to build applications for Windows, Mac, and Linux. Originally released in 2016, it is an open-source successor to Microsoft’s wildly popular .NET Framework.

Keene System is an ASP.NET development company that combines technological prowess with real-world business experience to produce web applications that work. Our focus is on designing, developing, and supporting programs that achieve results for our clients. We have a talented, creative, and experienced software development team of programmers, designers, business analysts, testers, and .NET systems architects who share a passion for great programming that solves real-world problems. Keene Systems offers Custom Software Development Services to build web applications that exactly match your unique business process vs. off-the-shelf, one-size-fits-all solutions designed for the masses. Whether you are building new applications from scratch or contemplating doing Legacy Application Migration or even getting your data and process management out of Excel spreadsheets, Keene Systems has you covered for all of your software development outsourcing needs.

Let’s Develop Something Together

Keene Systems is the perfect choice among IT consulting firms specializing in ASP.NET to help you define your software needs, create your software requirements, and create a practical, affordable solution. Keene Systems has been building ASP.NET applications since it first came out in 2002. During all that time, it has been and continues to be, our core business. Give us a call today to find out how we can use Microsoft ASP.NET to build your next-generation web application. Put our experience and expertise to work for your company by calling 603-726-5058 to discuss your project needs or fill out our contact form.

This free session is your path to gaining high quality and experienced ASP.NET software development resources for your IT project.