The best free ASP.NET development tools for your project

Microsoft's flagship web application framework, ASP.NET, is used by hundreds of thousands of applications on the web. Xfinity, MayoClinic, and MSN all use ASP.NET as their foundational technology.

Originally released to the public in 2002, Microsoft's ASP.NET is an open source, server-side web-application framework that is designed to help developers build custom, dynamic web applications. It brings with it a host of unique advantages, all at the exact same time. For starters, the important data that businesses have come to depend on is no longer contained within a single application or spreadsheet. It's available for all within an organization to access and use, from virtually any device, anywhere, at any time. This also has the added benefit of making collaboration a foregone conclusion - the more readily available data is, the easier it is to work with others within a business on it to extract valuable insight. This was a revolutionary idea back in 2002 as companies started to make the transition from desktop applications to web applications.

The Major Advantages of ASP.NET

One of the biggest benefits that ASP.NET brings with it comes by way of the fact that it is a server-side technology. This means that the code is processed entirely on the Microsoft Windows sever prior to being displayed in a user's browser. Because of that, applications written in ASP.NET tend to load far faster than those that are still depending on interpreted scripts.

ASP.NET is also "programming language agnostic," which means that you can choose any programming language you'd like depending on your end needs. This is especially helpful in a situation where you're trying to take an old, antiquated desktop application and turn it into a fully functional web app. Yes, there are certain situations where you may need to throw out the old code and start from scratch - this will happen occasionally. But in other situations, you can convert the legacy app using one of 60 different available .NET languages – with the most common being C#, C++, Visual Basic and F#. Perhaps one of the most important benefits of ASP.NET is that it significantly reduces the effort - not to mention the amount of code - needed to create even the largest of enterprise applications.

But if you want to create the best .NET applications, you also need the best tools. Today, we will cover several of the best free tools for .NET developers. These tools will dramatically shorten your development time, produce better products, and increase productivity.

The 17 Best Tools for .NET Developers

These tools are distinguished by being robust, free, and frequently open-source. Any .NET developer can benefit from these free ASP.NET development tools.

This tool is the best free and most comprehensive IDE (Integrated Development Environment) for developing ASP.NET applications. It comes with a large array of tools and features to enhance development and improve applications. More than just code editing, the Visual Studio IDE employs a feature rich editor that also displays screens graphically, code completion tools, formatting tools, a built-in debugger, a virtual web server, source code control, compilers, extensions and much more. This it the #1 most important tool to use to create robust ASP.NET web applications. 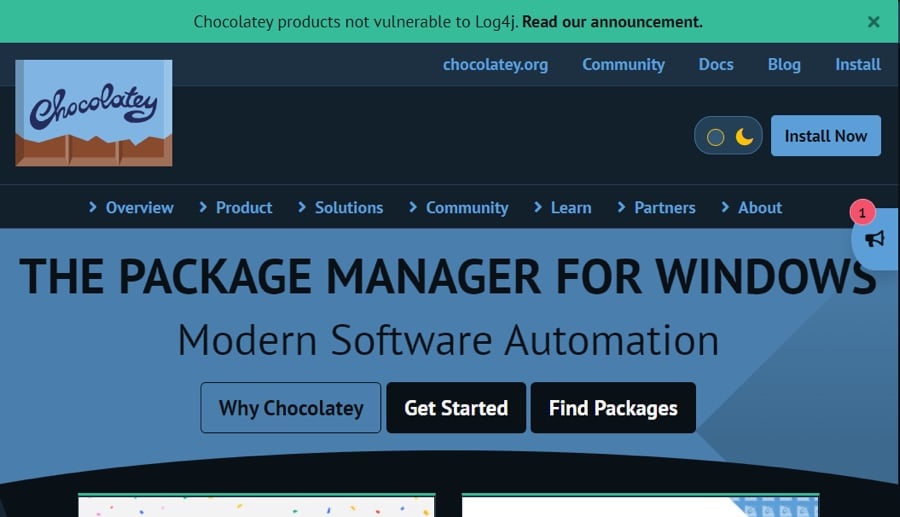 LINQPad's standard edition is free. A lightweight solution, LINQPad makes it easier to test .NET applications, query databases, script and automate, and test out new solutions. LINQPad is used as a scratchpad solution for C#, F#, and VB. Developers can use LINQPad to develop incrementally rather than whole cloth in a service like Visual Studio Console.

With .NET Reflector, developers can decompile .NET code even if they don't have the source. .NET Reflector can be an excellent utility for developers looking to learn more about .NET code or work on code that they no longer have the source for. Though the professional version does require a license, there is a free trial. This tool is invaluable if you find yourself taking over a project where the original programmer disappeared and the source code is nowhere to be found.

NCrunch is a live testing tool for .NET development. Developers can test their code in real-time to improve and streamline their development process. With automatic, concurrent testing processes, performance metrics, and inline exceptions, NCrunch makes it easier for developers to find errors in their code and ensure that their code will work right and scale. 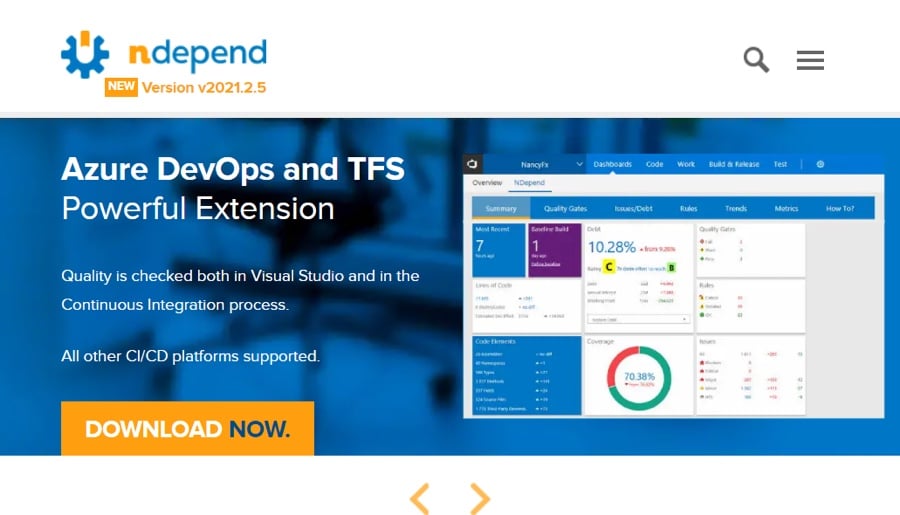 A static analysis system, NDepend makes it easier for .NET developers to create high-quality code. NDepend is integrated with a number of other .NET solutions to create an entire CI/CD pipeline. Running on Windows, macOS, and Linux, NDepend makes it possible for a developer to identify issues with code faster. 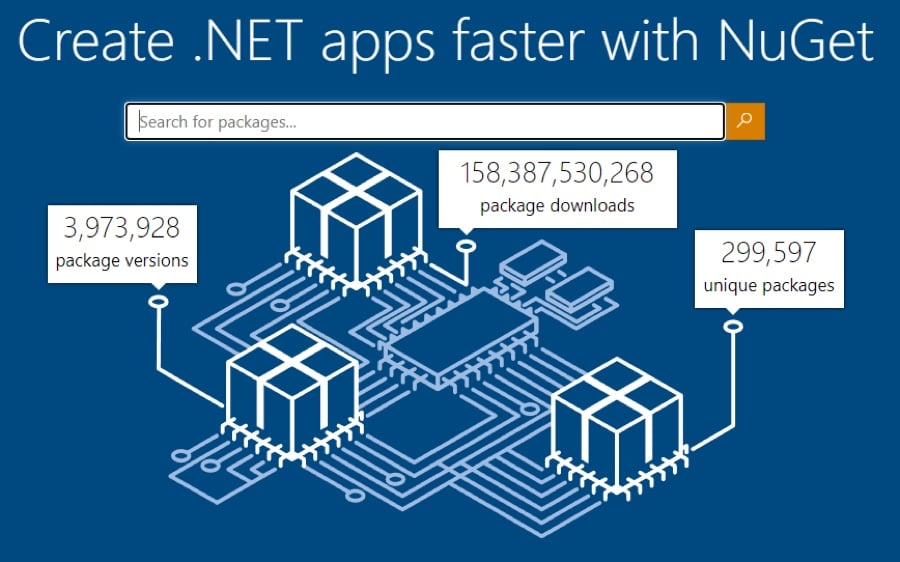 Ideal for creating and deploying code faster, NuGet is one of the most popular package management tools for .NET. NuGet provides a central repository of packages and makes it easier for developers to quickly deploy and manage their packages. On the .NET NuGet community, developers are able to go through thousands of packages that have been deployed in .NET.

A unit-testing framework for .NET development, NUnit is another solution that improves upon continuous delivery for the .NET platform. Part of the .NET foundation, NUnit provides for better testing and quality control for developers trying to create the best possible web applications in ASP.NET.

Speaking of the high-quality user experience, SonarQube is a viable static code review tool that all ASP.NET developers should be aware of. It includes a visual dashboard that makes it easy to quickly learn about exactly what is going on with your project so that you can act upon those insights just as fast. It also has a notably strong development community given its open source nature. 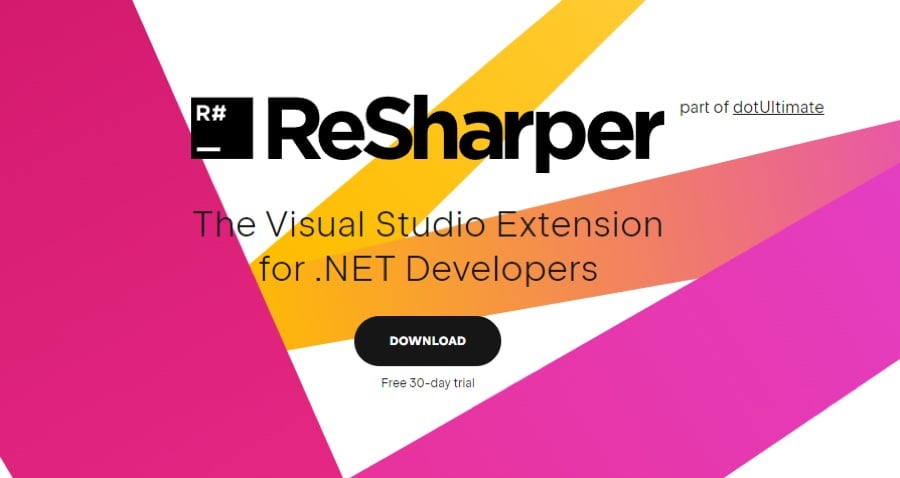 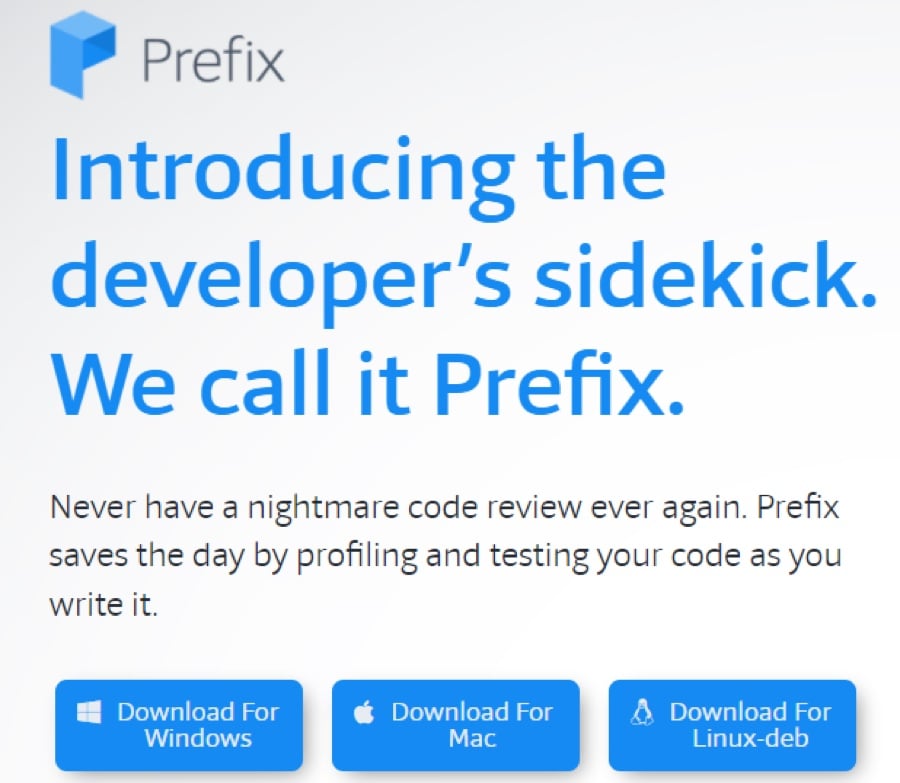 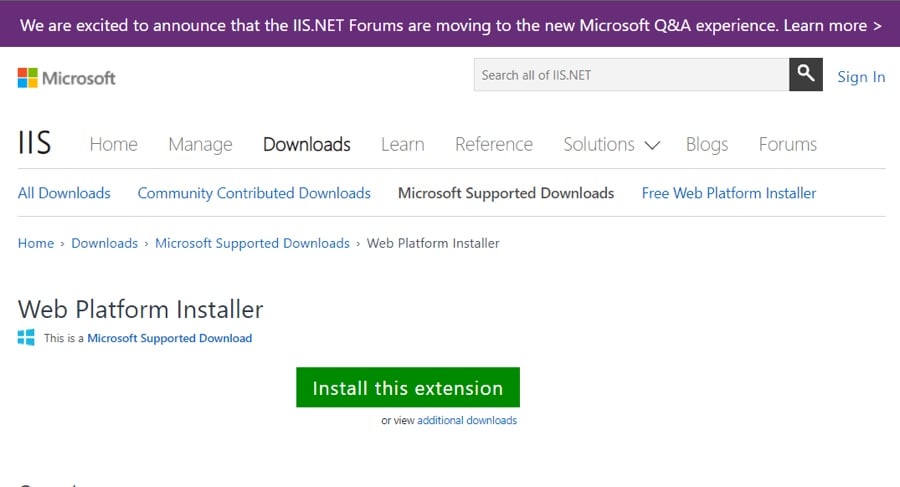 An official Microsoft product, the Web Platform Installer is an extension that improves the workflow of installing open-source applications and web platform technologies. With the Web Platform Installer, developers are able to download, manage, and install components of the Microsoft Web Platform, including the .NET Framework and Visual Studio. This free solution is a critical component of the Visual Studio and .NET ecosystem and should be installed on any infrastructure being used for ASP.NET web development and deployment. 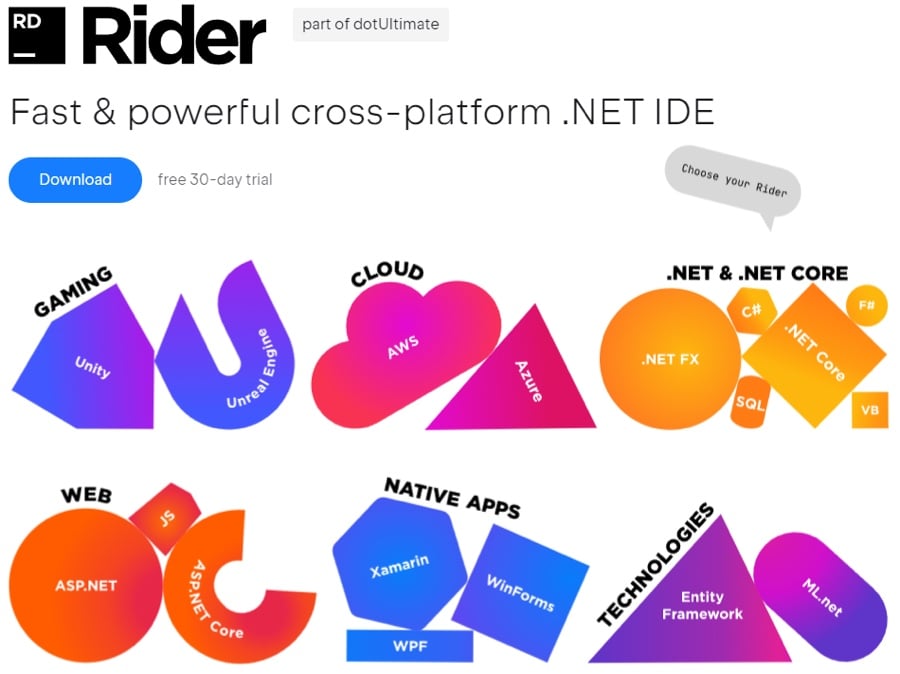 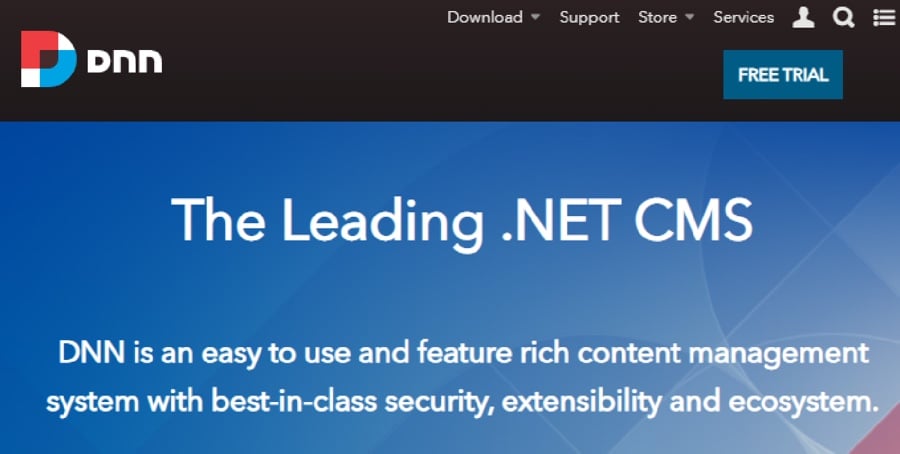 The "Friendly CMS," DNN is an ASP.NET CMS solution that is open-source and based on ASP.NET and SQL Server. If you want to develop an ASP.NET web application that has content management capabilities, DNN is the best solution. By taking this approach you can save thousands of dollars in in development expenses and deliver more value. DotNetNuke sites are “skinnable” meaning that you simply purchase a “skin”, also known as a “theme”, designed by professional graphic designers for only around $150 instead of paying thousands for a designer. You can also purchase popular plug-in modules, such as shopping carts, blogs, image galleries, data entry forms and much more at the DNN store. This is a huge time & money saver allowing you to focus your budget on custom programming. DNN allows you to create your own custom ASP.NET modules that plug into it giving you a great balance of off-the-shelf plus custom programming. 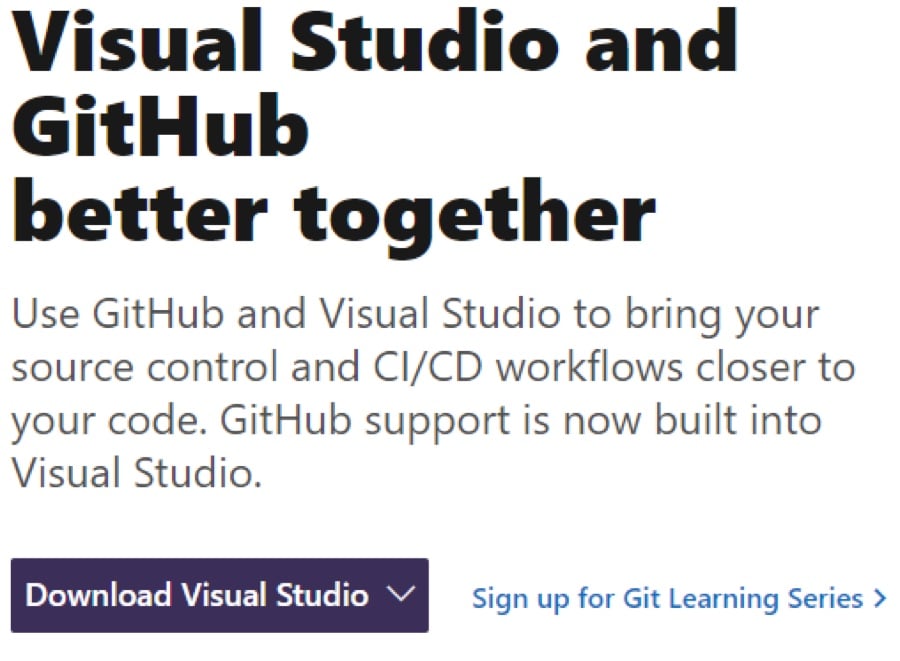 Easily push and manage commits on Git with the Visual Studio Github extension. A must-have for anyone serious about ASP.NET development, the Github extension makes it easier for you to manage and track your interactions on Git. And, of course, it's useful for any other programming done through Visual Studio.

From the Web Platform Installer to the LINQPad, there are a number of free ASP.NET development tools that can help you become a better developer. Which tools are best for you depends on the type of development that you're doing and the areas in which you're seeking improvement.

Either way, with these free ASP.NET development tools, you can be well on your way to improving your ASP.NET skills or if already an expert ASP.NET developer, improve your productivity.

In the end, ASP.NET is a development platform that offers a host of advantages that users won't be able to find anywhere else. It offers a single, unified way to build web APIs with modern user interfaces. It's designed with testability in mind, helping to take care of concerns about the user experience as well. It lets you develop on not only Windows but also MacOS and Linux as well. It's a rock-solid foundation upon which a fully functioning web application can be built - and tools like those outlined above can help take a project to the next level.

To find out more information about the best free ASP.NET development tools that you can leverage for your next big project, or to get answers to any other important questions you might have, please contact Keene Systems today. You can also download our great new eBook - Why ASP.NET Development Services Fuels Business Growth - to learn more about this essential topic. 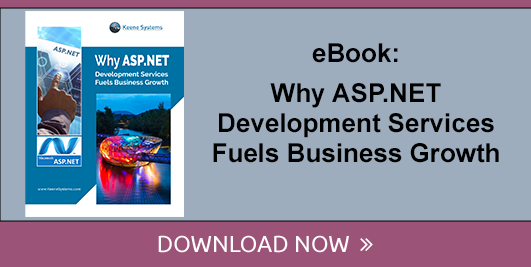