Looking to hire a developer that has confidence, integrity, and discipline?

If you look at people who have achieved greatness in their lives you will find that many of them have a military background. This is no coincidence. The military is a tremendously empowering environment that instills discipline, confidence, teamwork and integrity: qualifications crucial for any growing enterprise. These traits are exactly what is needed to succeed at entrepreneurship.

Military skills and training go way beyond college textbook learning. We are taught to quickly analyze situations, continuously process new and changing information, work in teams to solve problems and make tough decisions. This requires innovation, preparedness and flexibility, an unwavering commitment to getting the job done and the ability to create something out of nothing. Veterans live to be challenged and make exceptional business leaders. 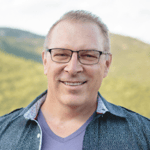 Lance started his professional career in 1980 as a 74F Programmer/Analyst in the US Army. He graduated from the Army’s computer science school at Ft. Benjamin Harrison, IN. He then worked in the Combat Developments department. Later he was stationed in Heidelberg Germany at the 25th Data Processing Unit where he worked with IBM mainframes, developing strength accounting applications.

Lance Keene receives an Army Commendation Medal for his service
on the military honor guard at Ft. Benjamin Harrison, IN

It was during this time that he learned to speak German. Lance left the service with a rank of Specialist-5 to pursue a degree in Computer Science and Business at Florida Institute of Technology

The high points of his military career were living and working in Germany and also having an opportunity to meet a living legend in the history of computing: Rear Admiral Grace Murray Hopper In 1944 she was one of the first programmers of the Harvard Mark I, one of the world's the first computers. She developed the first programming language compiler. She created the COBOL language and is credited for coining the term "debugging" when she removed a moth from the computer one evening.

This free session is your fastest path to improved business productivity.