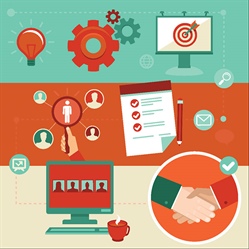 One of the most common myths about custom software that has existed for far too long is the idea that it is an unrealistic option for a lot of businesses due to the high costs that normally come with it. Yes, from a certain perspective, it's true that buying something that already exists will be cheaper than having something built for your organization from the ground up.

But that is only actually true today. What about tomorrow? Or the next day? Or next week? Or five years from now? That's when the tables begin to turn, so to speak.

In truth, custom software not only isn't expensive - it can actually save your business money in the long run when you look at the overall value provided and return on investment alone.

It's true that the initial costs of custom software may be higher than their off-the-shelf alternatives, but that is officially the last time the term "more expensive" enters into this particular conversation.

Custom software that is built with your business, your processes and your people in mind is an engine designed to support and empower all three of those things. It's not just about giving your employees the tools they need to work. It's about making sure that they have what they need to do better work in a more efficient, intelligent and forward thinking way. Custom software saves your entire organization a dramatic amount of time, which in turn saves you massive amounts of money as well.

Saying that custom software is more expensive than off-the-shelf solutions is like saying a car is more expensive than bus ticket. Sure, you'll pay more for a car - but do you really want to take a bus across the country? Is that the most efficient way to accomplish that goal? Isn't your time more valuable than that?

But even more than that, custom software is built to scale as your business does the same - which means that you don't have to spend a few years trying to "figure out how to make things work" before you give up and look for another off-the-shelf solution to replace your current one with. If built properly and in a way that is truly aligned with your long-term goals as an organization, the same piece of custom software can be used indefinitely - because while your processes may evolve, the core tenants that your operations are built around remain steadfast.

But even the idea that custom software is a better choice than off-the-shelf software because of how expensive the latter will eventually become is only telling one small part of a much larger story. When you invest in the type of custom solution that your employees need, you're doing more than just making their lives easier. You're freeing up valuable time in their own days so that they can focus more energy on creating genuine value for your business. That in turn allows your business to create genuine value for your customers, which helps cement your competitive advantage and separate yourself from those around you.

It's Not About Cost. It's About Value

In the end, there are two important things to remember about custom software. First, business processes (and the software that supports them) should enable your business to save as much time and money as possible. Off-the-shelf software cannot do that because it was never designed to in the first place. If something isn't driving you forward, it's holding you back - and that in and of itself is a major cost that most can't afford to deal with.