Finish Your Software Project Without Starting Over 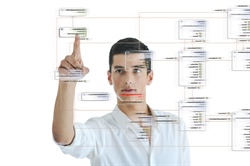 No software development project is fully without complications. Sometimes it can be as simple as evolving specifications, while other times it may be as momentous as losing your initial developer. Losing a developer doesn't have to be the end of the world; you just need to find the right developer. Choosing a developer to takeover a project can be substantially different from choosing an initial developer, as the skill set that is necessary differs.

The Challenges of a Takeover Project

Many software developers are wary of taking over a custom software project that has already been started. Not only do they need to figure out the project (often with very limited documentation), but they are also in the undesirable position of potentially being blamed for another developer's shortcomings. A project can move ahead six months only to find a fatal flaw in prior development -- a flaw the new developer may easily have to take responsibility for. Or worse, the code base is a snarled mess of poor design and bugs that got the original programmer fired in the first place.

With a partially built solution, you need to find a developer who is knowledgeable and experienced enough to view your custom software solution and run with it. They must be able to build off what already exists in order to fully visualize your completed solution, which often requires a significant amount of time and study.

Aspects to Look for in a Developer

Though there are many factors involved in completing a partially built software project, your developer is going to matter the most. It is your developer (or development team) that is going to control the transition, and it's their personal experience and knowledge that's going to ensure that the project continues smoothly.

Here are a few aspects to look for in a developer:

If you can find a solid developer, a significant amount of the battle has already been completed. A good developer will be able to pick up the pieces that were left for you and will be able to develop your custom software with as little repetition as possible. At the same time, a bad developer may simply leave you in the same position later on. It's worth it to be careful and cautious when choosing a replacement web developer.